As I sat at my desk outlining my fall calendar a few weeks ago it occurred to me how fortunate I am to be working with Williams-Sonoma. With two upcoming food events at the gourmet retailer, I began to reflect on how our collaboration began. So, I thought I’d take the opportunity to share how it all came to be.

Our relationship is no accident. I had taught cooking classes at another chain store. After about three years, I decided to fold it into my own product offering as Pantry Parties – private, hands-on instruction in the comfort of the client’s home. So, I’d been there, done that so to speak. 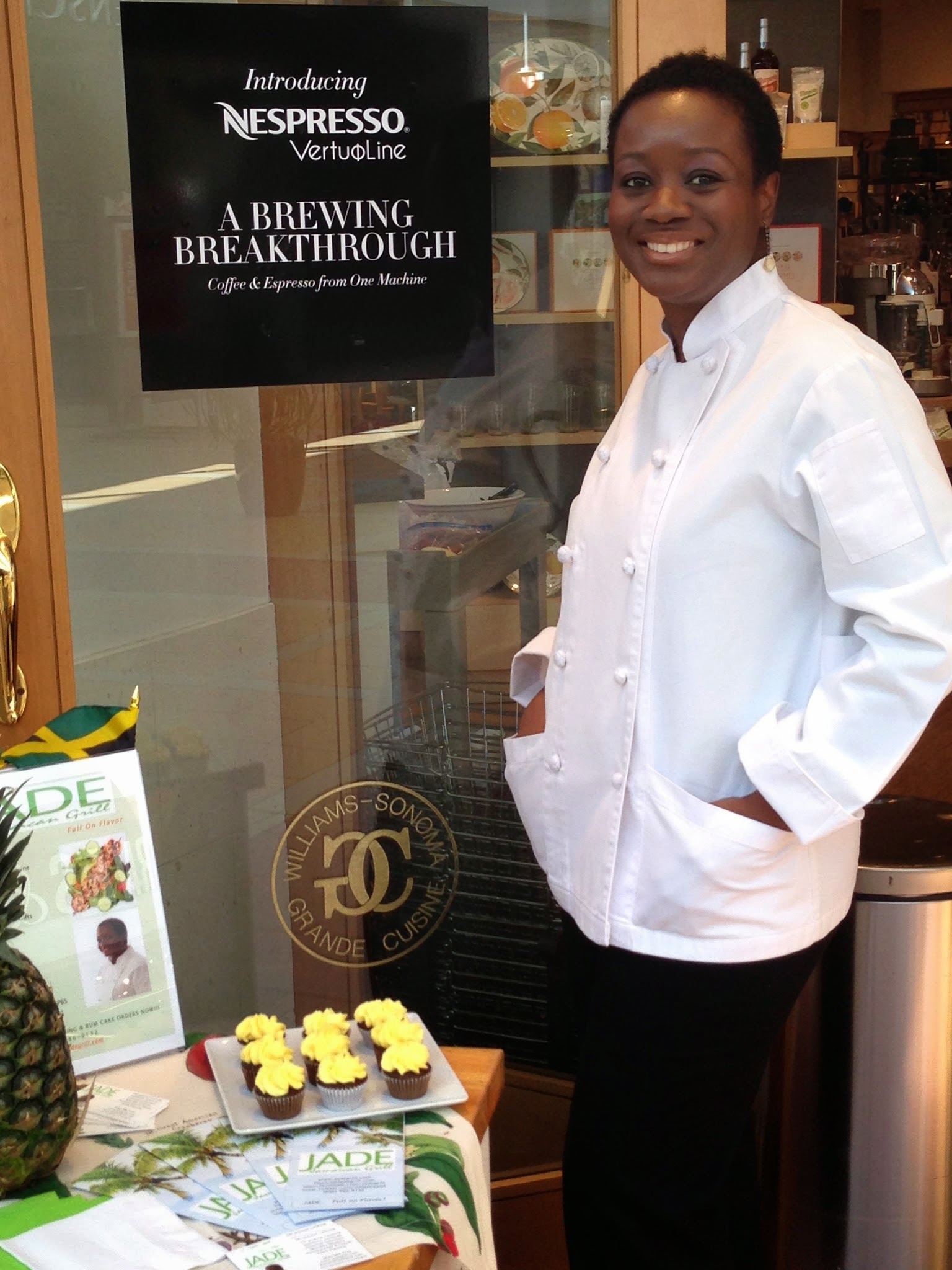 Seeking to establish my brand as a flavorful food venture- not merely a Jamaican one, I set my sights on a company whose name is synonymous with taste, quality, style and functionality.

Not long after I formed my namesake JADE in the fall of 2013, I contacted the Princeton, New Jersey store to see whether they offered cooking classes and how I would go about getting on the roster. During our conversation I fired off my list of accomplishments – numerous television appearances on NBC and FOX, a cooking series on PBS, mentions in the local print press, having taught culinary demonstrations previously, and so on. They were impressed and we scheduled a meeting and site tour. I followed-up with an email, included the standard accompaniments – my resume, bio, head shot and media clippings.

We met, all went well and we booked my first cooking class. Thrilled about my score I wasted no time. I telephoned the flagship store at Columbus Circle in New York City. A similar scenario transpired. After a site tour the assistant manager and I discussed how we would incorporate my brand of flavor into the mix. Long story short, we settled on a date for demo number two.

My first demonstration was a success. So much so that by the time I reached out to the King of Prussia store the following Monday they were well aware of who I was and equally as excited about me doing a demo there.

Since then I’ve taught almost ten classes, in five cities and three states in under two years. I’ve loved every minute of it! And from the fact that they’ve invited me back numerous times – I think it’s safe to say they relish having me there too.

And that’s how the story goes!